How To Choose Right Programing Language For iOS App Development 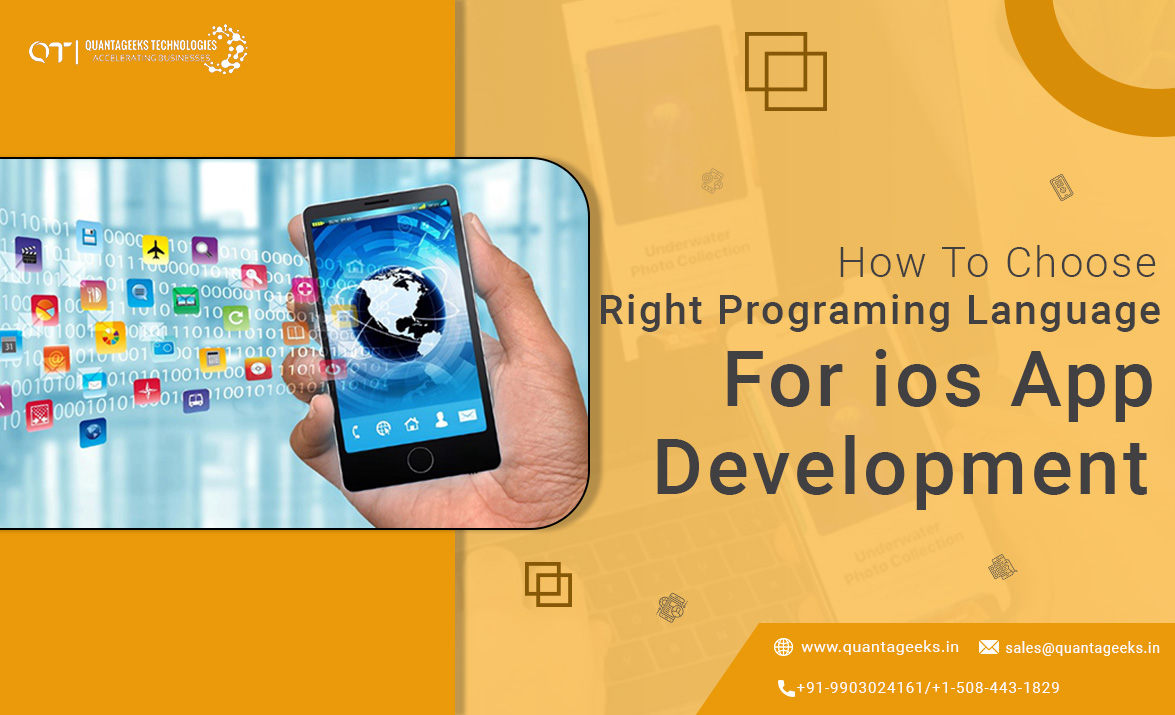 How To Choose Right Programing Language For iOS App Development?

We know the mobile and devices are a vital component of daily lives. The application is almost needed for every kind of online business. Hence, the criteria for the development of applications is essential because it makes the application flexible and efficient for its uses. So choosing the right languages for ios app development should be effective.

iOS is an operating system and the application developed for the iOS platform is an iOS application. iOS is best for providing software that permits iPhone users to interact with the phones using gestures such as swiping, tapping. The application is designed and developed for Apple-based iPhone devices. The apps are available on the play store. The apps are exclusively designed for iPhones,iPad, and devices. The developer can develop the application with the help of the ios software development kit. The kit includes the latest tool and technologies for operation, installing, and compiling.

Why Is It Important To Choose the Best Programming Languages?

Coding languages are one of the essential parts of software development. Several factors are required to develop an application. Choosing the right programming languages for iOS app development is not an easy process. Every language has the quality to serve its best for development so you need to consider the following factors such as performance, integration, and security. The selection is important for development and design because the future of applications and how it is compatible with devices depend on coding languages. The language involves many processes such as ease of application and probability to run the apps on different platforms.

Programming languages help to create innovative and user-friendly apps. With the help of a variety of coding languages, you can build an effective iOS app. You can choose one of the top coding languages as you consider the factors required for developing a popular iOS application. Here are a few tops and best coding languages describe below:

Swift is the coding language used to develop the iOS app and provide an effective solution. Apple created the languages in 2014 and it is designed for working with frameworks such as Cocoa. According to the survey, swift is 17th in the rank of popular programming languages in the globe. The main benefit of swift is that it is easily expanded. It provides quick service in developing apps and offers changes later. If you need apps quickly, it can be a relevant choice for developers. It ensures the fastest development process and serves as an easy improvement in the coding of your application.

Objective -C is a programming language based on the C program. The syntax and the basic structure are the same as C languages and are familiar to developers. It is one of the most effective languages to create the iOS application. It was a popular choice of developing apps before 2014 as Apple now uses swift languages for creating applications. It may be outdated but has some features such as an automated garbage system and dynamic run time. The features help new developers who know c languages can use the languages iOS app development.

It is an object-oriented programming language. The code of java does not require recompilation to run on different platforms. More than 9 million developers used java for developing apps, websites, and others. It is one of the popular coding languages used for different apps development. The main advantages of it are that it is flexible and suitable for both native and cross platforms. Despite having so much quality, there are some limitations also. It is type-heavy and complex coding that offers poor performance sometimes. You can develop the ios version of android apps with the languages but it is not preferable for new ios applications.

Flutter is the top choice for developers to develop mobile apps as it offers a dominant cross-platform. It offers a significant solution to the developer who faces many challenges in the development process. It combines the latest innovation with native performance. The feature of Flutter reduces the cost of development and is robust. Hence, Flutter has all the equipment and the advantages that make it the right choice for developing and designing apps. No doubt, it can change the future of the app development process and improve the rate of success for your business.

From the above discussion, it has been concluded that programming languages play a vital role in ios app development. Moreover, the development of applications is crucial for business achievement. It offers a great impact on business performance, So choosing the right languages offer great business success. You can choose the best languages according to the needs of your business requirement and also consider the latest trend of coding languages that have the potential to provide an effective solution for iOS app development.

Our company provides the best iOS app development services. The team is highly experienced for many years to develop feature-rich iOS applications for the client. Our expert uses the latest technology and tools for building personalized apps for iPhones or iDevices. We know the latest market trends and allow our developers to create apps with innovation. Our developer uses the relevant programming languages for better performance and contributes valuable things to clients. Feel free to contact us for your iOS app development, as we ensure greater success in design and development at an affordable cost.